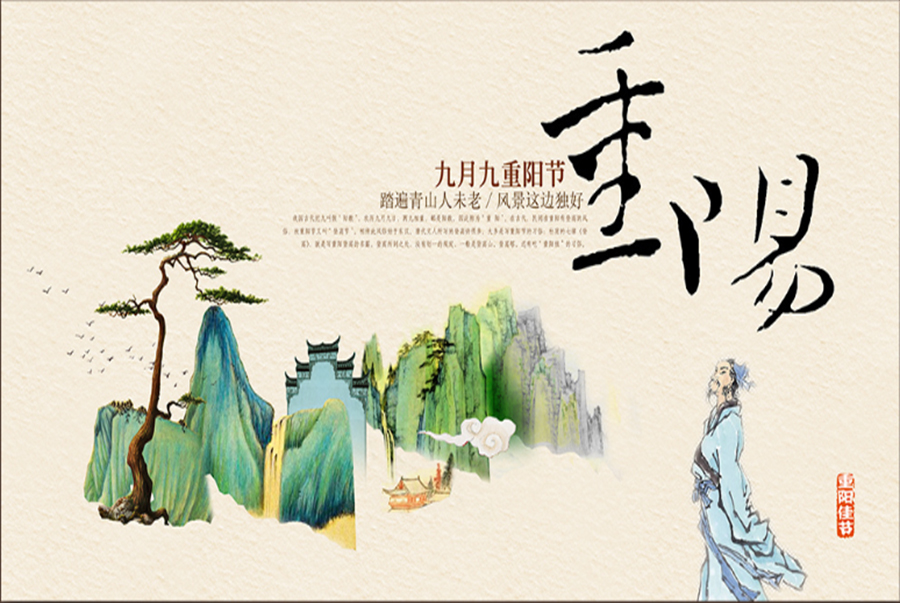 The 9th day of the 9th lunar month is the traditional Double Ninth Festival. Because the ancient "Book of Changes" set "six" as the yin number and "nine" as the yang number. On September 9th, the sun and the moon are both yang, and the two nines are mutually heavy, so it is called Chongyang and Chongjiu. The ancients thought it was an auspicious day to celebrate, and they celebrated this festival very early.

The activities to celebrate the Double Ninth Festival are colorful and romantic, generally including traveling to admire the scenery, climbing high and far, watching chrysanthemums, planting dogwood, eating Chongyang cake, drinking chrysanthemum wine and other activities.

Jiujiu Double Ninth Festival, because it has the same pronunciation as "Jiujiu", nine is the largest number in numbers, meaning longevity. Moreover, autumn is also the golden season of harvest of the year. The Double Ninth Festival has far-reaching implications. People have always had a special meaning for this festival. Feelings, there are many excellent poems by He Chongyang, chanting chrysanthemums in Tang poems and Song Ci.

Today’s Double Ninth Festival has been given a new meaning. In 1989, my country designated September 9th every year as the Elderly’s Day. Tradition and modernity were cleverly combined to become elderly people who respect, respect, love and help the elderly. Holiday. Various agencies, groups, and streets across the country often organize autumn tours for the elderly who have retired from their jobs at this time, or play by the water, or climb and exercise, so that the body and mind are bathed in the embrace of nature; many The younger generations of the family will also help the elders to go out in the suburbs or prepare some delicious food for the elderly.